Randomized motion planning has enjoyed a great deal of success in the past decade. This can be attributed to a number of reasons; for instance its ability to work well for robots with a larger number of degrees of freedom (DoF), its adaptability to a wide variety of situations, and its ease of simple implementation. Despite these successes, the randomized planners are also limited by a few main ideas. In particular, the basic implementation only considers geometric constraints and does not scale well to high DoF scenarios. In situations where dynamics and kinematics are necessary, randomized planners are likely not sufficient. Randomized kinodynamic planners, which consider geometry, kinematics, and dynamics, have not been as successful since the dimensionality of state-space is much larger than that of configuration spaces.

We propose a new approach to motion planning, which we call Physics-based Motion Planning (PMP). PMP relies upon motion equations and robot control in order to find a path. Thus, the resulting path obeys kinematic and dynamics constraints while also finding a goal; something that configuration-space randomized planners cannot accomplish. Furthermore, motion equations need not be restricted to the robot. The paths or roadmaps themselves can also be controlled in a physically plausible manner to ensure a collision-free path among a dynamic environment. While at the moment, PMP does not have a guarantee of convergence, its performance for complex situations is very promising. 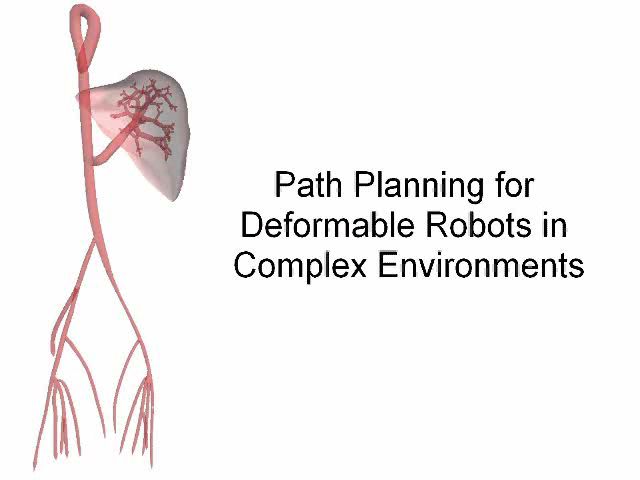